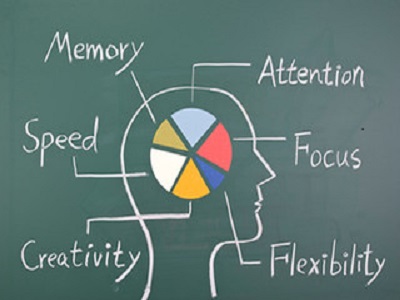 Attention: The key to improve your Memory and IQ

Do you ever find yourself reading the same line over and over again? Does your mind start wandering after every few words? What about when someone is talking to you? Do you zone out while you’re having a conversation? If this happens once in a while, then you’re probably thinking about something else or the topic isn’t something of your interest. However, if this is something that happens, again and again, it can be concerning. You might find it difficult to conduct yourself as you proceed with your day. It might start interfering with your life and daily routine You could be losing your attention span. A classic example would be being unable to remember things that are important to you or an inability to complete daily tasks. Sometimes this could be due to the boredom caused by the subject at hand, whereas other times, the cause could be an underlying condition such as ADHD or ADD.

Attention Span Issues have become a more common problem in today’s internet-driven world where everything is available at our fingertips, within seconds. More and more people find it difficult to focus on what’s important and what’s not. The average attention span of a human has decreased from 12 seconds to 8 seconds from 2000 to 2013. That’s a four-second difference, doesn’t seem that big right? Well, the attention span of goldfish is 9 seconds. So, in actuality, the average human has a shorter attention span than an average goldfish. At this point, you might be thinking, well, why should it be a concern?

Role of Attention Span in Memory, Behaviour, and Intelligence

Memory- Attention plays a crucial role not only in the conscious recollection of memories but also in the process of memorizing something and storing that piece of information. A short attention span may make it difficult to memorize anything as for any piece of information to be stored as a memory, the brain requires internal attention to consciously create and recollect any memory. Sustained attention and selective attention are what you’re using when you try to register or recollect a memory in your brain. The sharper it is, the more information you will be able to recollect. Also, a higher ability of selective attention control has been linked to increased cognitive performance specifically for tasks involving the working memory.

Behaviour- Attention also determines how you think and in turn affects how you behave too. Our behaviour is based on what we pay attention to in our environment, both external and internal. Attention is often considered the base for behaviour development. Short attention spans often lead to communication problems and impulsive behaviours which could affect the quality of your relationships. Sometimes this could mean forgetting meetings, or the inability to focus on the conversation that one is having.

Intelligence- Researchers have also linked different types of attention with higher levels of intelligence. There’s no doubt that attention is one of the most essential abilities when it comes to determining your intelligence. If you can’t focus on a task that requires extended periods of sustained attention then you will struggle to go beyond a certain point or will move very slowly, thus compromising your thinking ability and productivity levels. One of the key differences between a test-taker who does well versus one who doesn’t is a lack of sustainable attention.

What could be contributing to Attention-Span problems?

There could be numerous causes from Attention-Span problems. However, the following causes provide a glimpse into the actual causes of chronic attention-span problems:

How can early detection of attention span issues help?

Detection of attention span issues early on can prevent the development of long-term risks associated with inattention and memory decline. Early Diagnosis when symptoms start to show also helps to reduce the severity of disorders such as ADD, ADHD, Dementia, Depression, and Alzheimer's.

Ultimately, There’s only a certain amount of attentional resources that your brain can assign to tasks, after which you’re bound to get exhausted. So it's important to manage your attentional resources effectively to get the most out of the work you’re trying to accomplish. After all, Without a proper attention span, any task can seem daunting.